Scroll Down To Discover 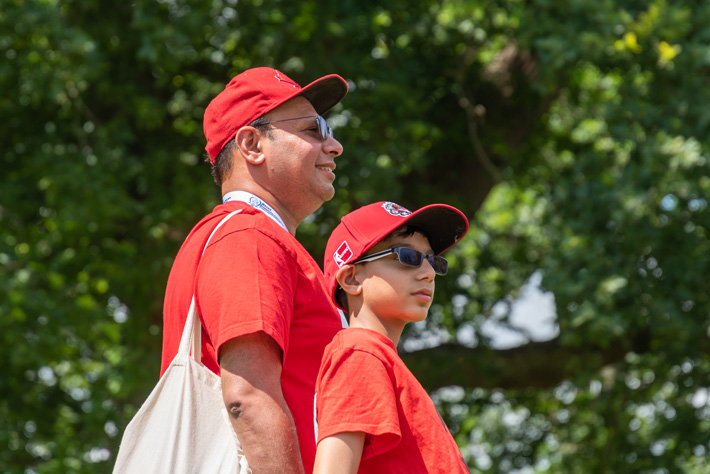 Recently we celebrated the 25th anniversary of the Bader International Study Centre at Herstmonceux Castle. In 1993 Herstmonceux Castle and its estate were gifted to Queen’s University in Ontario, Canada by the late Dr Alfred Bader and his wife Isabel. This generosity was a way of saying thank you as Bader felt he owed his good fortune in life to the opportunities given to him by Queen’s. To mark the occasion, and to honour the legacy of Alfred Bader who sadly passed away just before Christmas last year, the Castle hosted a combined 25th anniversary and Canada Day Celebration. Red and white clothing was in abundance along with matching face paint and Canadian flags. There was even Canadian themed food and drink. Among the returning alumni, was NASA astronaut Andrew J Feustel who proved to be a big hit with children and adults alike, talking candidly about his experience in space. East Sussex Falconry put on an impressive bird of prey display at the front of the castle before making way for some pick up street hockey. To round off the weekend’s festivities, visitors were also treated to a free performance by the Symphonova Orchestra in the castle ballroom. Sign up to receive our seasonal newsletter giving you advance notice of events and what to expect in the gardens in the coming months.

We use cookies to ensure that we give you the best experience on our website. If you continue to use this site we will assume that you are happy with it.Accept CookiesRefuse CookiesCookie Policy